Dow Jones index – stocks fell on Tuesday as concerns about a possible recession in the U.S. weighed on investor sentiment.

Concerns about economic growth are hanging over investors as the U.S. market looks to recover after a rough first half to the year.

Stocks tied to economic growth fell sharply. Shares of JPMorgan and Wells Fargo shed 2.5% and 2.7%, respectively. American Airlines fell more than 4%. The benchmark 10-year Treasury yield has declined in recent days even as the Federal Reserve has pledged to aggressively fight inflation. The 10-year yield is now trading close to the 2-year yield, a recession indicator watched by many on Wall Street.

Dow Jones index falling is a great sign of recession. In such situations, it is very important to find a trading tool that would allow you to automate trading not only in a stable or growing market, but also during an ongoing recession. AMNTrader automated futures trading systems allow you to make profit even when the market is in the red zone.

“The US market is all about pricing in a slowdown, and pricing in the fact that the Fed is forced to hike rates into a slowdown,” Allianz chief economic advisor Mohamed El-Erian said on “Squawk Box.”

Markets finished one of the worst halves in decades on Thursday, and major averages posted their fourth week of losses in five despite modest gains during Friday’s trading session. 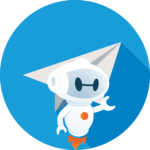 Futures and forex trading contains substantial risk and is not for every investor. An investor could potentially lose all or more than the initial investment

Risk capital is money that can be lost without jeopardizing ones’ financial security or life style. Only risk capital should be used for trading and only those with sufficient risk capital should consider trading. Past performance is not necessarily indicative of future results. Hypothetical performance results have many inherent limitations, some of which are described below. no representation is being made that any account will or is likely to achieve profits or losses similar to those shown; in fact, there are frequently sharp differences between hypothetical performance results and the actual results subsequently achieved by any particular trading program. One of the limitations of hypothetical performance results is that they are generally prepared with the benefit of hindsight. In addition, hypothetical trading does not involve financial risk, and no hypothetical trading record can completely account for the impact of financial risk of actual trading. for example, the ability to withstand losses or to adhere to a particular trading program in spite of trading losses are material points which can also adversely affect actual trading results. There are numerous other factors related to the markets in general or to the implementation of any specific trading program which cannot be fully accounted for in the preparation of hypothetical performance results and all which can adversely affect trading results. Testimonials appearing on this website may not be representative of other clients or customers and is not a guarantee of future performance or success. This presentation is for educational purposes only and the opinions expressed are those of the presenter only. All trades presented should be considered hypothetical and should not be expected to be replicated in a live trading account. This site is protected by reCAPTCHA and the Google Privacy Policy and Terms of Service apply. Copyright © 2021 AMNTrader